We’ve just returned from an informative and energizing set of site visits to our New Mexico partners! We share many of the details in this newsletter.

December is the time of Bbon gises, the Winter Moon (in Bodéwadmimwen, Potawatomi language). Looking back on 2021, we’ve experienced significant growth and strengthened connections  – we are now serving 72 schools and community-based organizations across eight states and Ontario Province, Canada. Yet we are only meeting a small portion of the need.

We believe in our bones that every person deserves sufficient supplies to maintain dignity and celebrate their strength during their moon time. As we see it, no one should have to miss school or work or activities of daily life while they are on their periods, and no one should suffer the indignity of stained clothing, or use period supplies for longer than intended and risk their health. Our many supporters share our vision and help us act on this conviction – donations fund our critical work to support dignity and affirm Native people.

We at The Kwek Society wish you a healthy, safe holiday season and a blessed year ahead. Please wrap yourselves in a virtual hug for your interest in and support for our work to end period poverty among Native American students and communities. Don’t forget to send your ideas for future newsletters, including traditional teachings about periods, to our newsletter editor Paige Willett. Please reach out to me at any time to “talk periods.” 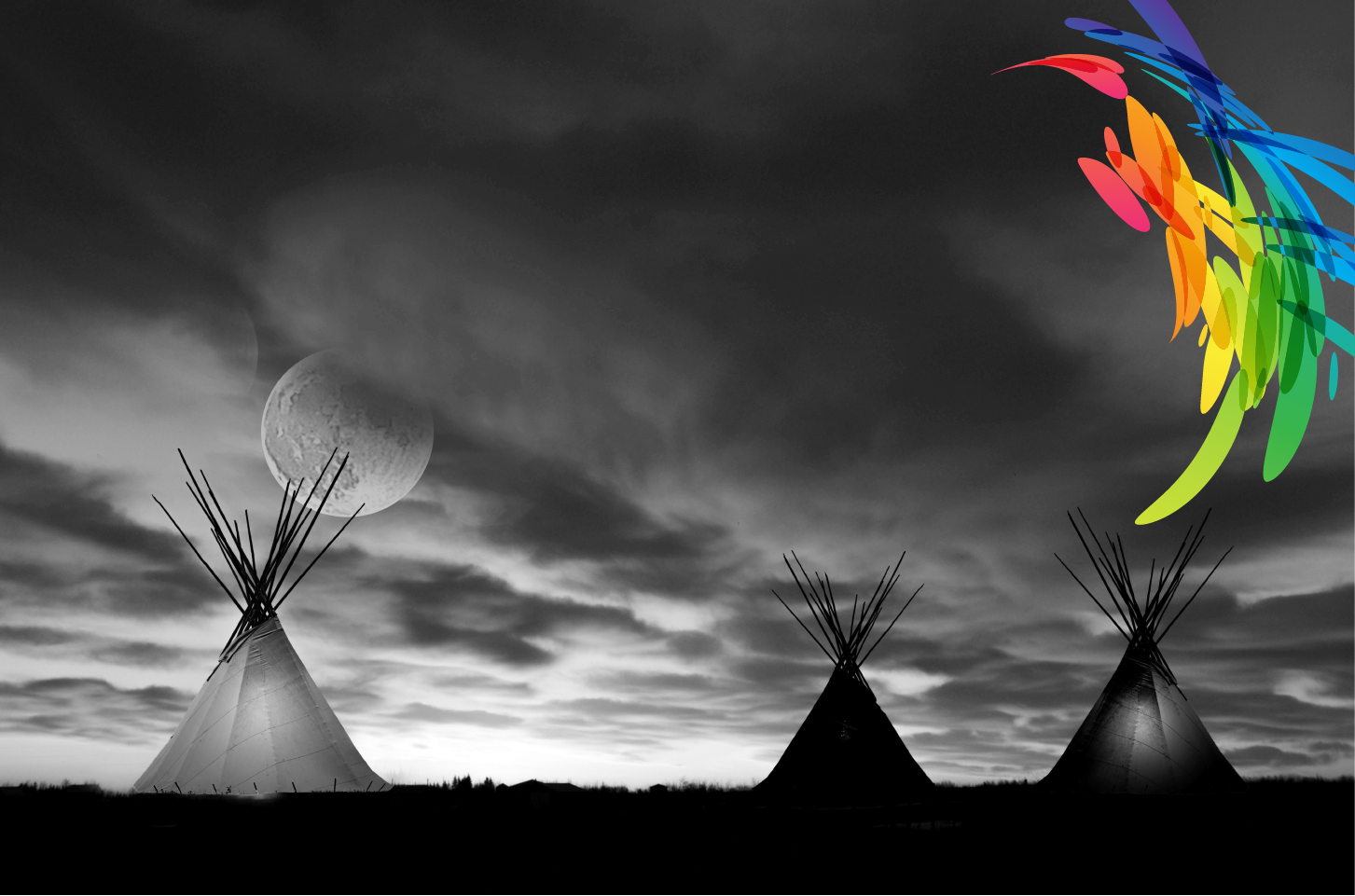 The Isnati Tipi ceremony was brought back in Eagle Butte, South Dakota, over a decade ago. The daughter of one of The Kwek Society’s key supporters was in the first group of girls who participated. The details we are sharing here come from this supporter and from published reports of the ceremony. You can hear and read a short piece on the ceremony, posted by the Kitchen Sisters in 2015, here.

The four-day ceremony begins with the participants each putting up their own lodge, or tipi – demonstrating the strength to house themselves – and with the other participants, forming a “moon camp.” Traditionally, the tipis have 13 poles because women have 13 moons in a year. The camp is called a “moon camp” because it provides a special time for young women to learn about their bodies and much more. The young women are supported by their older female relatives, who feed them and care for their personal needs. The young women gather traditional herbs and medicines near the camp and are instructed on their uses. They also gather chokecherries or buffalo berries for the creation of wasna, a traditional food made of ground-dried meat, fat, and crushed berries, and learn ceremonial songs and beading.

Throughout the days, the older relatives talk with the young women about their new roles as women and their new place in their families, communities, and tribes. Topics are far-ranging: self-respect, healthy relationships, nutrition, and sexual and mental health are among what’s discussed.

Taking part in the ceremony establishes a sense of self and identity. At the close of the four days, the participants are introduced to the community as women and receive their adult names.

Our wise supporter explained the ceremony’s renewed purpose: “When you know what your responsibilities and expectations are, your role in society – which has nothing to do with mainstream society and the warped perception of women’s and even men’s roles — is solidified. As Native people, our places were taken from us. We are slowly taking them back. Through this ceremony and other work, we not only are strengthening our young women, we are strengthening our communities and tribes.”

Hear the Kitchen Sisters' piece about the Tipi Ceremony

During our November 2021 site visits to schools and community-based groups we support throughout the Navajo Nation, we were treated to the warm hospitality of the warehouse team at Central Consolidated School District in Kirtland, New Mexico. Christian, Mikeal, Martin and Mamie, led by their amazingly organized manager, Sheba, showed us around their facility. The CCSD Warehouse supports the Central Consolidated School District, which is in the heart of the beautiful Four Corners region of San Juan County in the northwest corner of New Mexico.

The CCSD Warehouse team was excited to show us the shelves filled with boxes of period supplies that we recently donated to CCSD with the support of the Alliance for Supplies and U by Kotex. They graciously posed for photos. The male staff noted that they had not been all that comfortable when the period supplies first came into the warehouse but now understood how important they were to the students and were happy to see them arrive. We at The Kwek Society love working with this team because they are efficient, great communicators, and so kind. 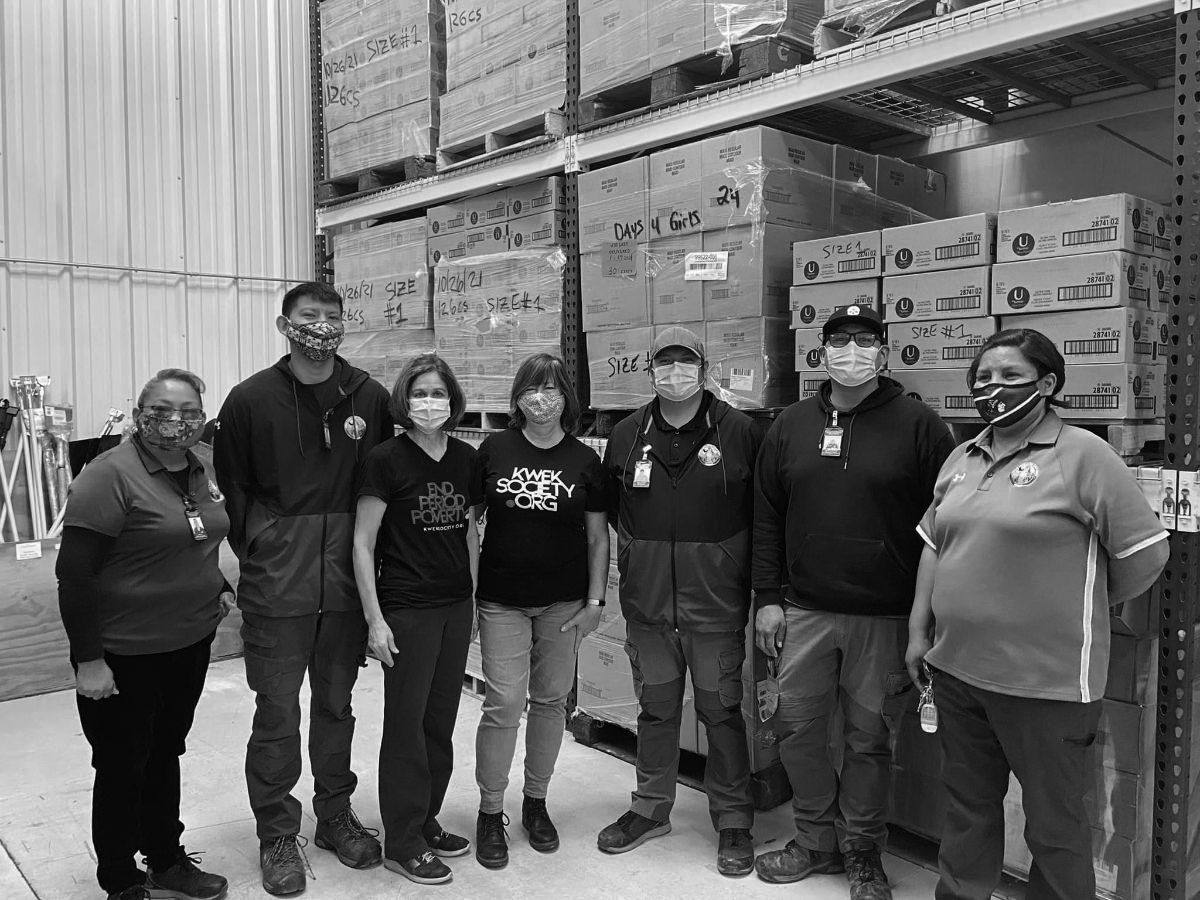 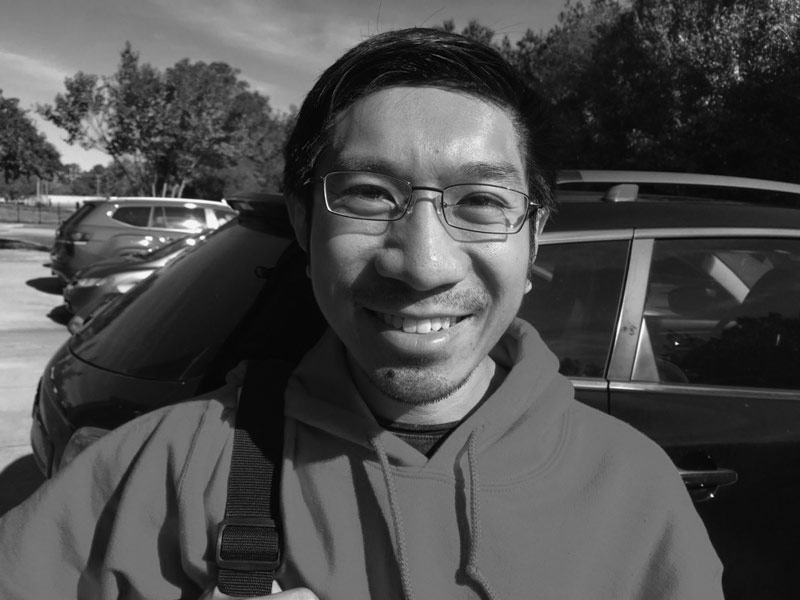 Ron Lapitan teaches Bahá’í youth avenues by which they can be a catalyst for change.
One of those avenues is active participation in The Kwek Society.

Ron Lapitan is an exuberant supporter of The Kwek Society. He lives in Northern Virginia, working for a nonprofit that provides pro bono legal and social services to immigrant women escaping gender-based violence and volunteering in his free time  with the local branch of the Junior Youth Spiritual Empowerment Program. Both of these initiatives have foundations in the Bahá’í faith, which teaches the oneness of humanity.

The Bahá’í youth program with which Ron is involved encourages teens to explore the force of change they want to be in their communities. After finding their inspiration, the youth create service projects. An all-girl group that Ron mentors expressed curiosity about how and why someone would start a nonprofit. After The Kwek Society’s founder Eva Marie Carney spent time with them, the girls were keen to assist in our mission, sewing moon time bags for us.

Ron welcomed Eva’s discussing with the girls periods and period poverty, noting: “I think cycles in general are something that should be normalized, and I don’t want them to grow up being shamed for that,” After Eva’s presentation, Ron shared information about The Kwek Society with other Bahá’í youth program leaders around the country, leading to other youth-led projects supporting our efforts. For 2022, Ron’s Northern Virginia group is planning a COVID-safe, in-person sewing session.  Beyond that session, Ron notes, “I’m looking forward to seeing how the relationship grows,”

Migwetch (thank you), Ron, for your support of The Kwek Society and for inspiring Bahá’í youth to support Native students and community members.

In support of our work, Ron made a fantastic TikTok showing how he dyed the fabric for and sewed moon time bags for us. Please watch and enjoy! 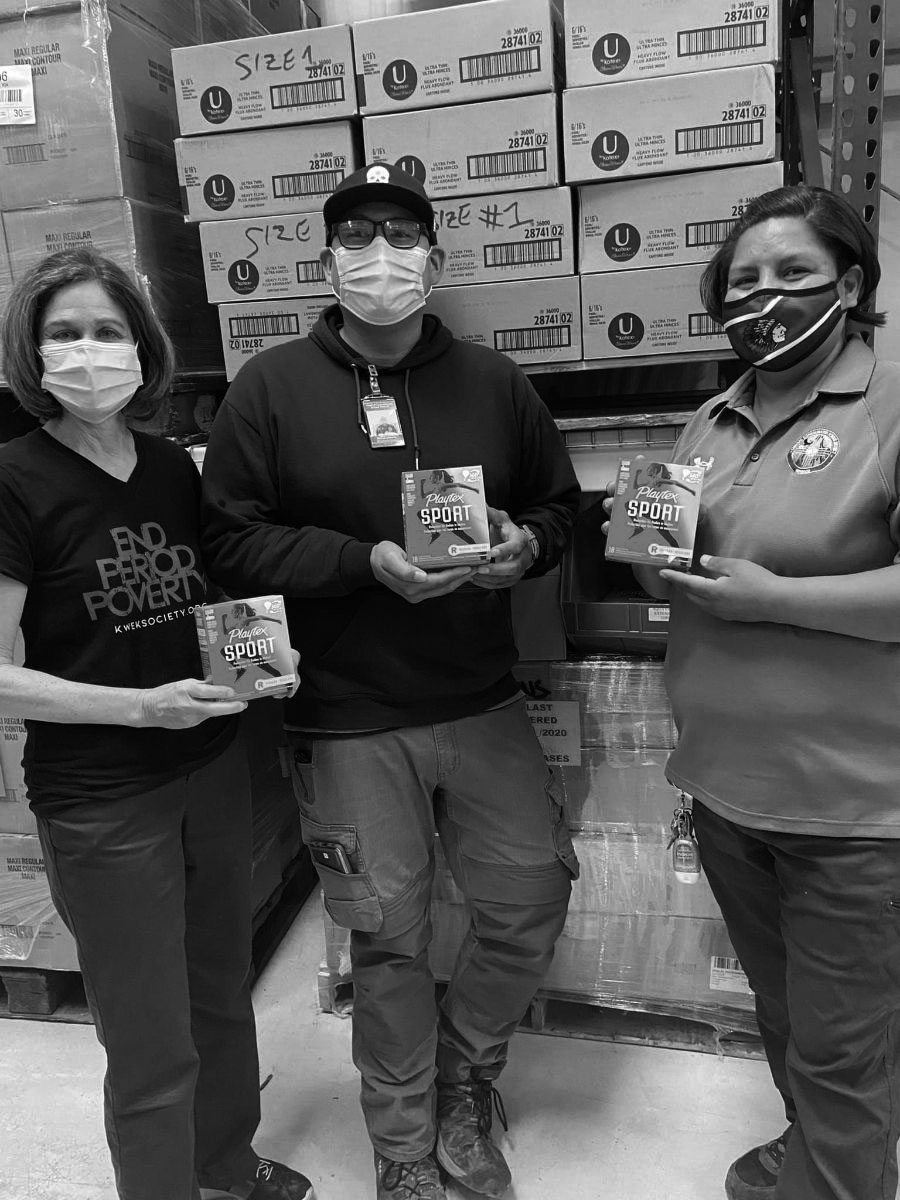 Watch this special message from our New Mexico-based board member Lisa Witt (left)! She recorded it in Gallup, New Mexico at the end of our site visits throughout the Navajo Nation.

Just in 2021, we provided students and community members 407,467 period supplies (underwear, pads, tampons, and liners), and 5,034 moon time bags and puberty education books through 72 partners. With great excitement for what this may mean for our earth’s and our organization’s sustainability, we began supplying washable pads and period underwear to three of the New Mexico boarding schools we support. We expect to provide more washable products in 2022.

All of our partner schools reopened during the latter part of 2021, though many students continue to attend virtually and are receiving their menstrual hygiene products (along with food and school materials) through the mail, by school bus, or at drive-by stations. The grind of this pandemic has taken its toll, and household budgets are being stretched beyond their limits. The students and community members we support can thrive with your help. According to a survey this year by Fidelity Charitable, nearly 60 percent of Americans said they would rather receive a donation to their favorite charity instead of a gift for themselves. Please consider a gift to us or gifting your time and talents to us.

Chi migwetch (many thanks) for your interest and assistance.

The Kwek Society is growing and reaching new communities. Stay up to date with our work and how you can participate by subscribing to our quarterly newsletter. We promise - no spam - just good news. 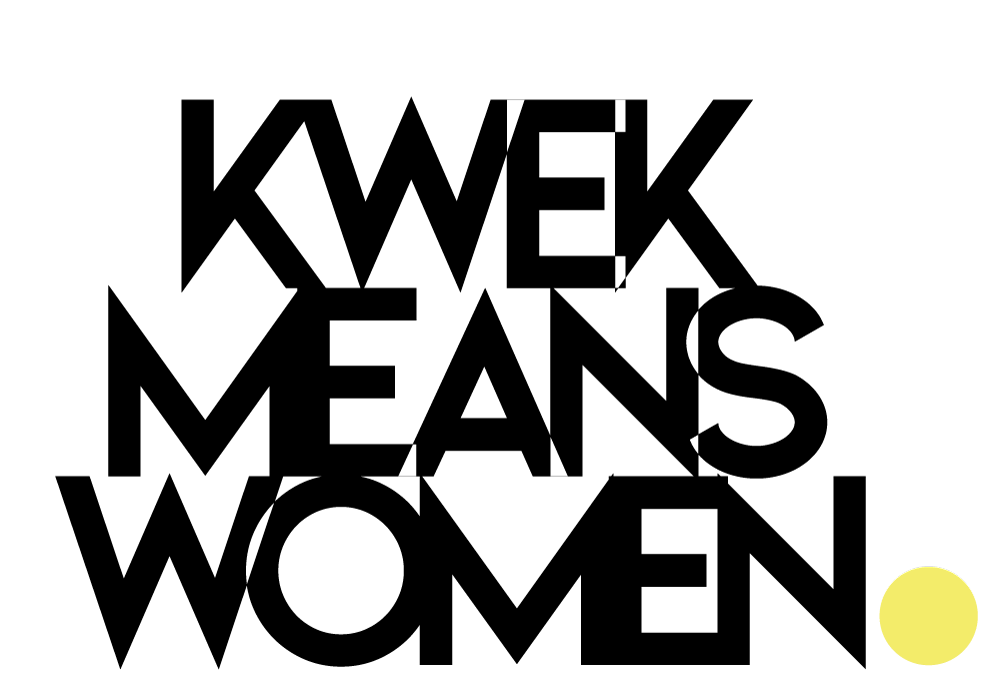